'Mail' to the Chief: President replies to SWBOCES student's letter 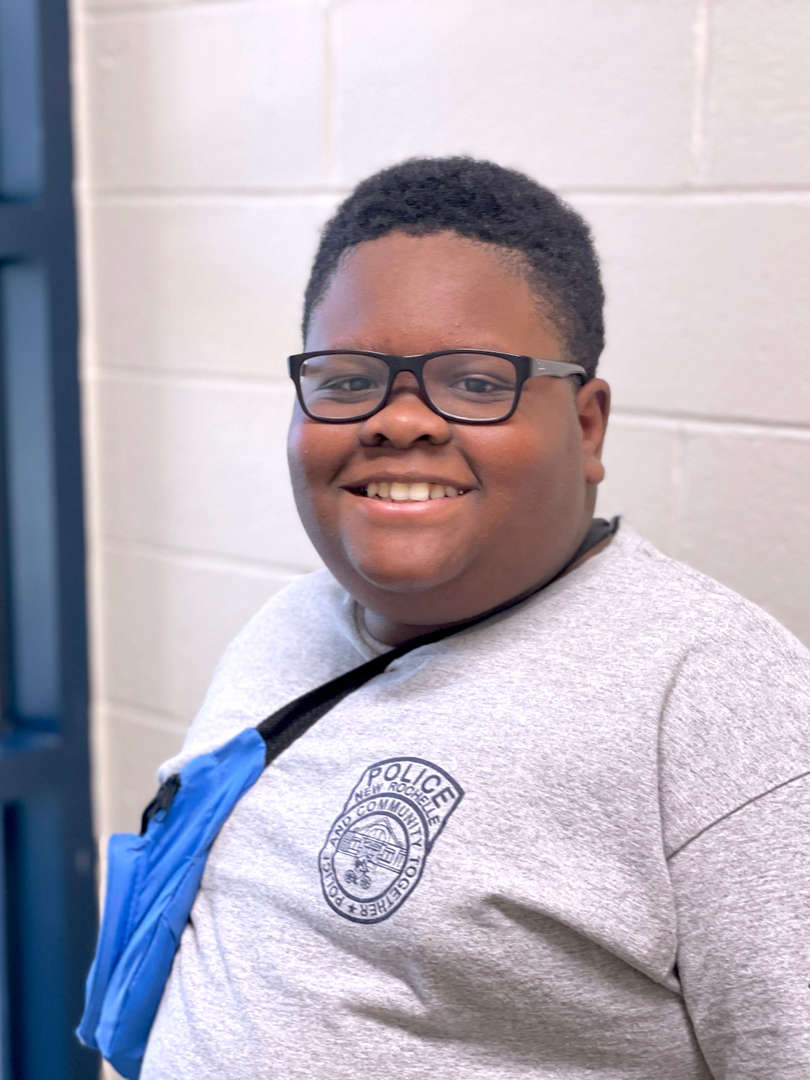 'If you don’t try, you’re not going to get anywhere. You have to keep trying and trying again'

Jason Wellington, an eighth-grader at Southern Westchester BOCES’ Irvington High School location, this week learned a lesson in patience and received words of encouragement from an unexpected source.

Back in March, saddened by images on the news of the Russian invasion of Ukraine and coping himself with bullying at school, Jason decided to put his thoughts about the world down on paper. At the urging of his private tutor, he drafted a letter calling for change and urging people to come together, he said.

Jason mailed - or in some cases, emailed - his letter to 50 different public figures and media outlets.

After 10 months, a span during which he enrolled in SWBOCES’ Therapeutic Support Program at IHS, he finally received the first reply to his letter.

“I never got anything back until Tuesday, when I got a letter from the White House,” Jason said.

The letter, on official White House letterhead and bearing the distinct signature of the nation's Chief Executive, lauded his effort in reaching out and sharing his thoughts.

“Vice president Harris and I love hearing from students. Even at your young age, you have the power to change the future and make history,” the letter reads.

The letter goes on to say that positive change can come if we all put our differences aside and work together. 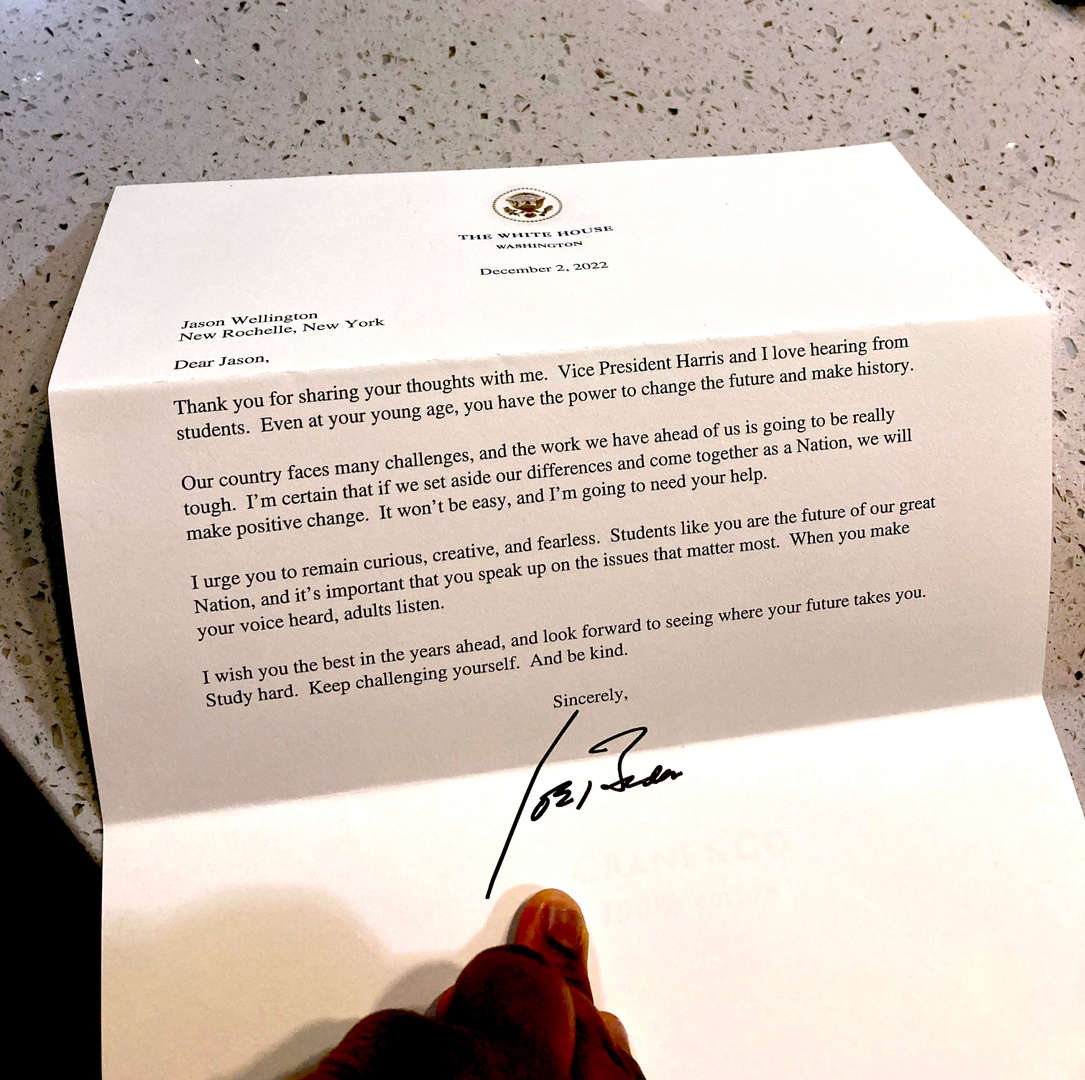 “I urge you to remain curious, creative, and fearless,” it states. “Students like you are the future of our great nation, and it's important that you speak up on the issues that matter most. When you make your voice heard, adults listen. I wish you the best in the years ahead, and look forward to seeing where your future takes you. Study hard. Keep challenging yourself.”

Jason couldn’t believe the President had read his letter and responded.

“I was giving up on it, but then my heart kept telling me don’t do that because it may take a while,” he said.

Sure enough, his patience paid off. He’s even gotten an interview request from a local TV station.

Principal Alberta Grant-Johnson said she was proud of Jason’s fearlessness in writing to the President and so many others to make his voice heard and his views known.

“That willingness to advocate for himself even to such a high level will certainly serve him well in his future,” Ms. Grant-Johnson said. “To receive a reply from the President, however, is truly gratifying and should encourage every young person to believe in themselves.”

Jason, wearing a T-shirt bearing the logo of his hometown New Rochelle Police Department, said he hopes to become a police officer one day.

“My teacher told me that I could make a difference,” he said. “Still today, many kids can make a difference. It can happen. If you don’t try, you’re not going to get anywhere. You have to keep trying and trying again, as I did with my letters.”

Get real time school updates on your mobile device with eChalk Notify.

Connect with code 4NIIB7 to get instant alerts or log in with your eChalk user account for the latest updates from all your classes and groups.